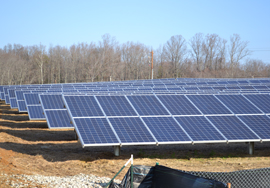 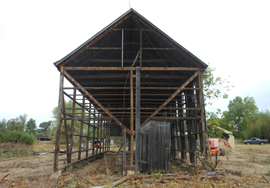 SMECO Solar LLC is a wholly owned subsidiary of Southern Maryland Electric Cooperative, Inc. (SMECO). SMECO Solar was created to enable SMECO to reap the benefits of solar project development and ownership by utilizing the funding provided by the American Recovery and Reinvestment Act of 2009 1603 Treasury Program. This federal program allowed SMECO Solar to develop its 5.5 Megawatt (MW) solar generation project in Hughesville, Maryland, with federal funding providing 30 percent of the cost of the project. As an entity not subject to federal income tax, SMECO did not meet the criteria for the 1603 program. Establishing the subsidiary as a taxable organization allowed SMECO to take advantage of this program and substantially reduce the cost of the project.

Planning for SMECO Solar’s project began in March 2011. After a rigorous review of more than 20 proposals, SunEdison was selected as the vendor for the project in September 2011.

Preserving the history and environment of Southern Maryland is an important consideration when implementing new technology.

The counties of Southern Maryland also work hard to ensure proper preservation of the historic landscape, including old tobacco barns. Representatives of the three counties worked with SMECO personnel to ensure best practices were used during the removal of aged barns on the site of SMECO Solar LLC’s new solar facility in Hughesville. While the barns on the site could not be saved, they were documented and then plans were made to reuse the barn material.

Once the tobacco barns were removed, construction of the solar facility began in August 2012 and the project was operational by mid-December 2012. The 5.5 MW facility is located in Charles County, Maryland on 33 acres of a 47-acre parcel of property owned by SMECO.  Funding not covered by the 1603 Treasury program for construction was provided by Rural Utilities Service.

The solar facility consists of 23,716 280-watt modules installed with a tilt of 20 degrees and an azimuth of 180 degrees. The system is connected to SMECO’s distribution grid using 11,500-kilowatt inverters to convert the power from direct current to alternating current.